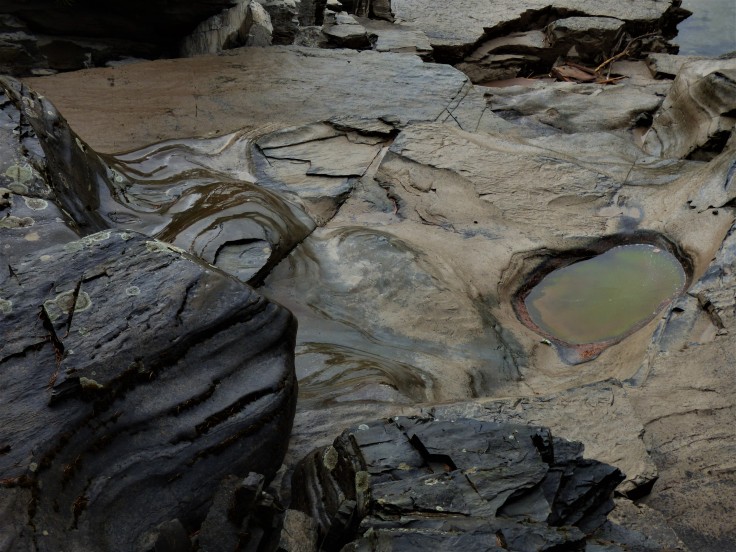 Wonder in numbers. Biodiversity is the measure of the diversity of living systems. Once, we measured this as a simple count of species, still a very effective way to communicate the diversity and wonder of nature. Now, we measure diversity using a sophisticated calculus with researchers focusing on functional and genetic diversity. And yet we can still contribute to our knowledge and wonder of biodiversity by studying the many species that are found in those rare, unique, and unquestionably interesting habitats. Here a few such aquatic habitats.

Rocking the pool. Rock pools are temporary pools created when rain or run-off fills a small depression in the rock surface. The water needs to be present long enough for invertebrates and microbes inhabiting these systems to complete their life cycles. Insects, for example, must hatch from eggs, go through their larval stages, emerge as adults, and oviposit or lay their eggs back in the pool. The eggs often need to be resistant to desiccation or drying out. Some species are anhydrous meaning that they can completely dry out, wrinkling up like a raisin, but are still alive until water returns, rehydrating them into action. A non-biting midge larva by the auspicious name of Polypedilum vanderplanki goes through cycles of desiccation and rehydration and has the nickname 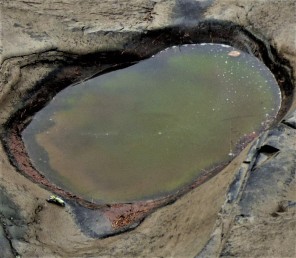 sleeping midge, but more on that species later. The pools are common in rocky areas and if you have been out hiking after a rain you probably have seen a pool or two.  Although temporary, these pools may be thought of as permanent in terms of their cycles, reappearing every year once the rains come. Some pools have a longer-term periodicity, filling once every other year or even once every ten years or so, and still, the obligate inhabitants of the pool reappear. In dryer climes, this periodicity and the short length of time the pool is present select for species that are resistant to desiccation and/or have a short life cycle. An entire community dependent on these water cycles in rock pools. This community may be composed of small crustaceans, aquatic fly larvae, fungi and bacteria, and sometimes larger shrimp. So, next time you see a rock pool, take a look to see the tiny world contained within.

Waterfall spray. Hygropetric habitats are those zones of thin water flowing over rock or soil. The water width, or depth depending on your point of view, is only a few millimeters, but this thin zone is thick enough to host a diversity of organisms. Again, fungi and bacteria, the great decomposers of ecosystems, are present. Some aquatic fly

larvae are able to live here or use the habitat to travel from one moss to another as in the case of some species of Tipula, a crane fly larva. Other flies, though, live just here, such as the trickle fly of the family Thaumaleidae. This larva specializes in the horizontal hygropetric zones near waterfalls or along the vertical surfaces of rock faces. The zone supports a small ecosystem including algae that are grazed by the trickle fly larvae. The unique features of water such as surface tension and cohesion allow the small larvae to live within this thin membrane, a membrane separating rock and air. Little is known about the diversity of species that live in the hygropetric zone and even less is known about their biology and life cycles. If you like the splash zones of rivers, the spray from waterfalls, or the cool, moist surfaces of vertical rock faces, then this is the habitat for you to observe and enjoy.

Islands in the stream. Phytotelmata is a term referring to the water held in plants. Phytotelma range from water held in tree boles to that found in the bottom of pitcher plants. You may be most familiar with species of Heliconia commonly sold as house plants in which the leaves grow from the stem in a coiled form to slowly open. Some plants, such as bromeliads, have flowers shaped like boats that hold water.

Many types of phytotelmata in the subtropical and tropical regions of the world hold water long enough to support a robust ecosystem of vertebrates, invertebrates, crustaceans, and microbes. Bats and frogs have been found in these habitats as have dragonfly larvae and a diversity of aquatic fly larvae. Beetles can be common here. The food web within phytotelmata begins with the breakdown of leaves that fall into the water or from the nutrients secreted by some species that form these habitats. Microbes, fungi, and sometimes algae grow, feeding invertebrates, that in term feed top predators. Each habitat is like an island. Some species may only be found in these ecosystems while others are more flexible, temporarily living in this small world. Imagine a rainforest with small clusters of phytotelmata, each isolated from the other by a distance that may seem small to us, but that is as large as an ocean to those that live within the plant-held waters.