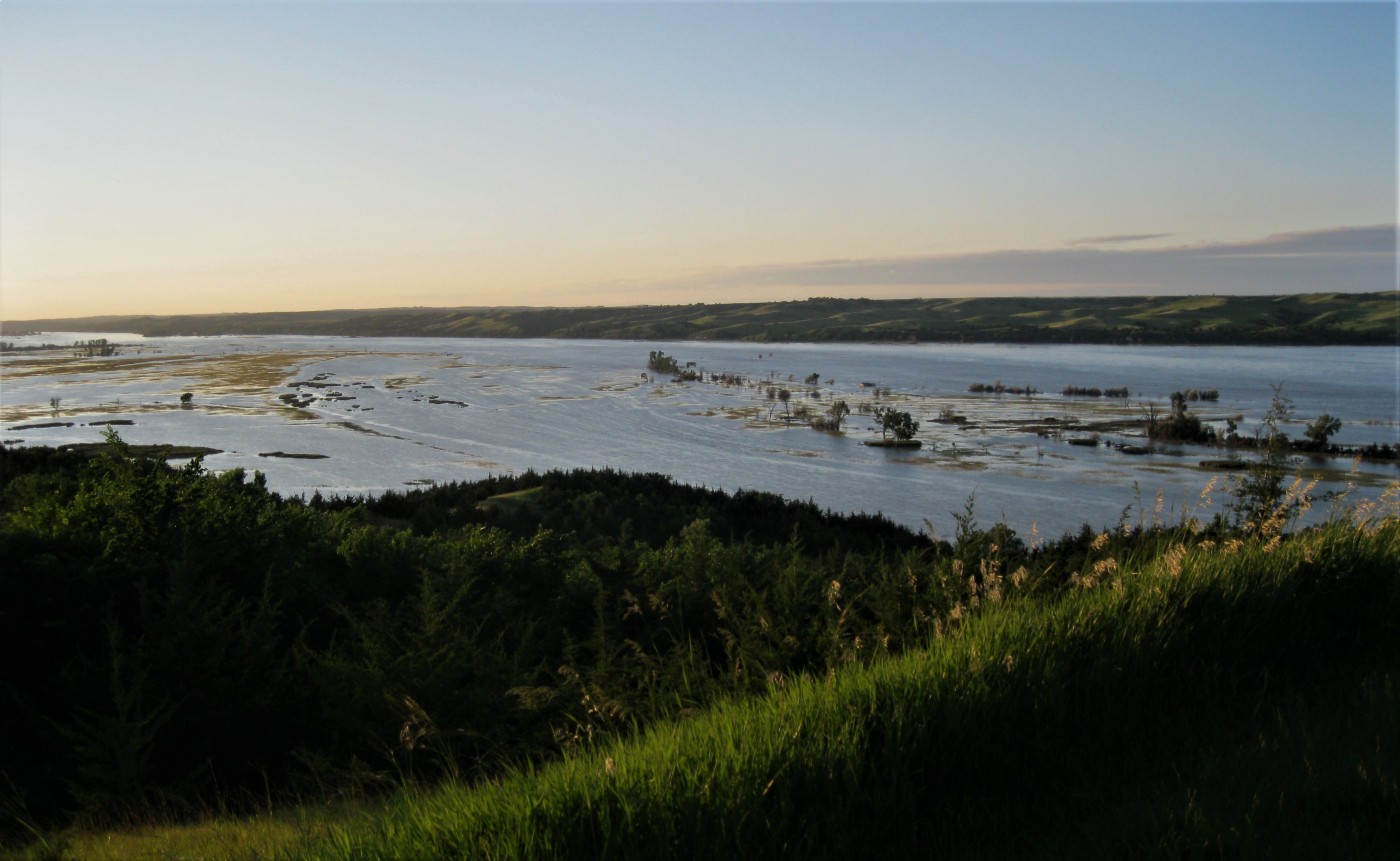 Missouri River. The Missouri River is one of the longest rivers in the world, especially if you trace its flow all the way to the Gulf of Mexico. This large, muddy river is also a large sandy-bottom river. Its watershed covers the middle and part of the southern Great Plains of North America. The large, shifting river bed was treacherous, with sudden subsidence sending once stable banks tumbling into the river. Large strands of cottonwoods, burr oaks, willows and other trees lined the banks in gallery forests, open and savannah-like. The Missouri headwaters are near Helena, Mt, but these photos are of the lowest, unchannelized reaches of the river near Vermillion, South Dakota. I include high and low flow of the Missouri during the 2011 flood and 2012 drought. 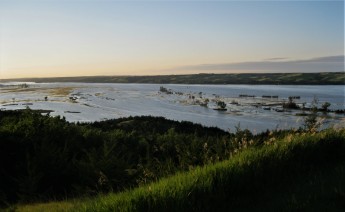 Clark Fork River. This river drains the northern Rocky Mountains, with headwaters on the west side of the continental divide from the Missouri River Headwaters. The Clark Fork flows west, then northwest before joining the Columbia River eventually reaching the Pacific Ocean. The watershed geology is made up of Precambrian and Pre-Belt rocks that date back to over a billion years before present in same reaches . The rugged shores are lined with larch, ponderosa pine, fur, and willow, often in narrow riparian bands. During winter, snow storms may drop several feet of snow on the river, but the river continues flowing beneath the ice and snow. Tributaries of the Clark Fork and the river itself offer some of the best fly fishing in the world. I include photos of the river during high and low flow in spring, summer, and winter. 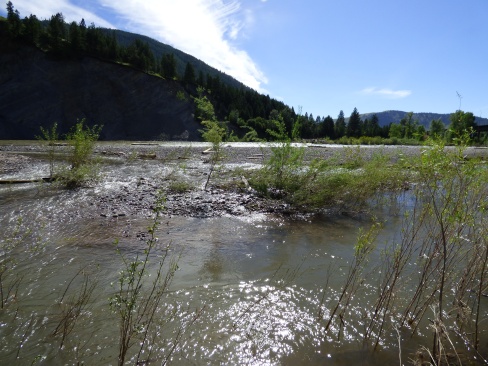 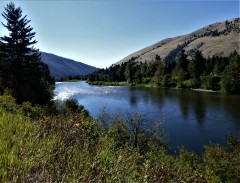 Bitterroot River. The Bitterroot River is one of the few rivers in the United States that flows due north. It drains the Bitterroot and Sapphire Mountains of the southern reaches of western Montana before flowing into the Clark Fork. The Bitterroot Mountains are rugged, characterized by many steep sided, deep canyons from which streams flow down to the valley floor to join the main stem of the river. These mountains are also composed of Precambrian and Pre-belt rock formations. The Sapphire Mountains are less rugged, with only a few tributary streams flowing into the river. The Bitterroot valley is wide, and the riparian zone is characterized by gallery forests of cottonwoods, willows, pines, and other trees. Like the Clark Fork River, the Bitterroot is well known for fly fishing. I include photos of the river during high and low flow in spring, fall, and winter.

Bulgan River. The Bulgan River, or Bulgan Gol, is a river that drains the southern Altai Mountains of western Mongolia before flowing into China where it is known as the Ulungur River. This river differs in that it flows into an endorheic basin, otherwise known as an evaporative basin. Rivers that enter endorheic basins often flow into large lakes that have no outlets, thus they evaporate and the rivers never make it to the sea. The Altai Mountains comprise one of the largest mountain chains in Asia, with elevations of over 4000 meters or 13,0000 feet in Mongolia. The northern part of the Altai in Mongolia has many glaciers, but the southern regions of the Altai are dryer, with sand dunes abutting the base of the mountains. The Bulgan watershed is characterized by rugged mountains with little riparian vegetation. Some willow shrubs and grasses dominate the shoreline. Large boulders hem in the river in its mid to upper reaches, making access difficult. I include photos of different parts of the Bulgan watershed with low and high flow. 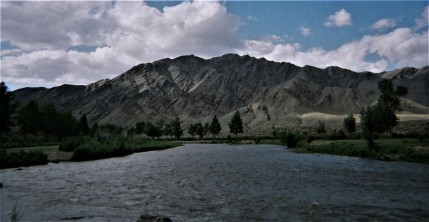